The Australian and Indian prime ministers will meet on Thursday in a virtual summit to strengthen trade and security relations between the two countries. And Australian exporters are hoping for greater access to the world’s fastest-growing large economy.

When John Orr started his grains exporting business 25 years ago, he planned to supply specialty Western Australian agricultural products to markets in Asia.

“With the large population in India, and their appetite for grain, it’s a natural customer for the grain that’s grown here in Australia,” he told SBS News.

During those years, the Premium Grain Handlers export facility in North Fremantle, Western Australia, has grown from processing about 25,000 tonnes of grain annually to nearly 200,000 tonnes.

Its trade in India has been built on supplying pulse crops such as field peas, chickpeas and lentils.

“The main customers were the main splitting companies, they were splitting those products into chana dahl, yellow split peas and red lentils,” he said. India is expected to become the world’s second-largest economy by 2050, behind China, while at the same time urbanising the world’s largest rural population, and Mr Orr is hoping his business can unlock even more potential after decades of doing business with the sub-continent.

“These days the Indian market has grown and become a whole lot more sophisticated,” he said.

“So while those high-quality vegetable products are still very popular in India and the mainstream part of that market, there’s growth in new products like oats, wheat and malting barley for beer consumption.

“As their economy strengthens, we see strong possibilities to increase the tonnages that we supply into that region.”

The Australia-India relationship will take another step forward on Thursday as Prime Minister Scott Morrison hosts a virtual summit with his Indian counterpart Narendra Modi.

Diversifying Australia’s trade partners has emerged as a major topic of discussion, after a diplomatic stoush with China over an investigation into the origins of coronavirus and a decision by Beijing to impose an 80 per cent tariff on Australian barley. 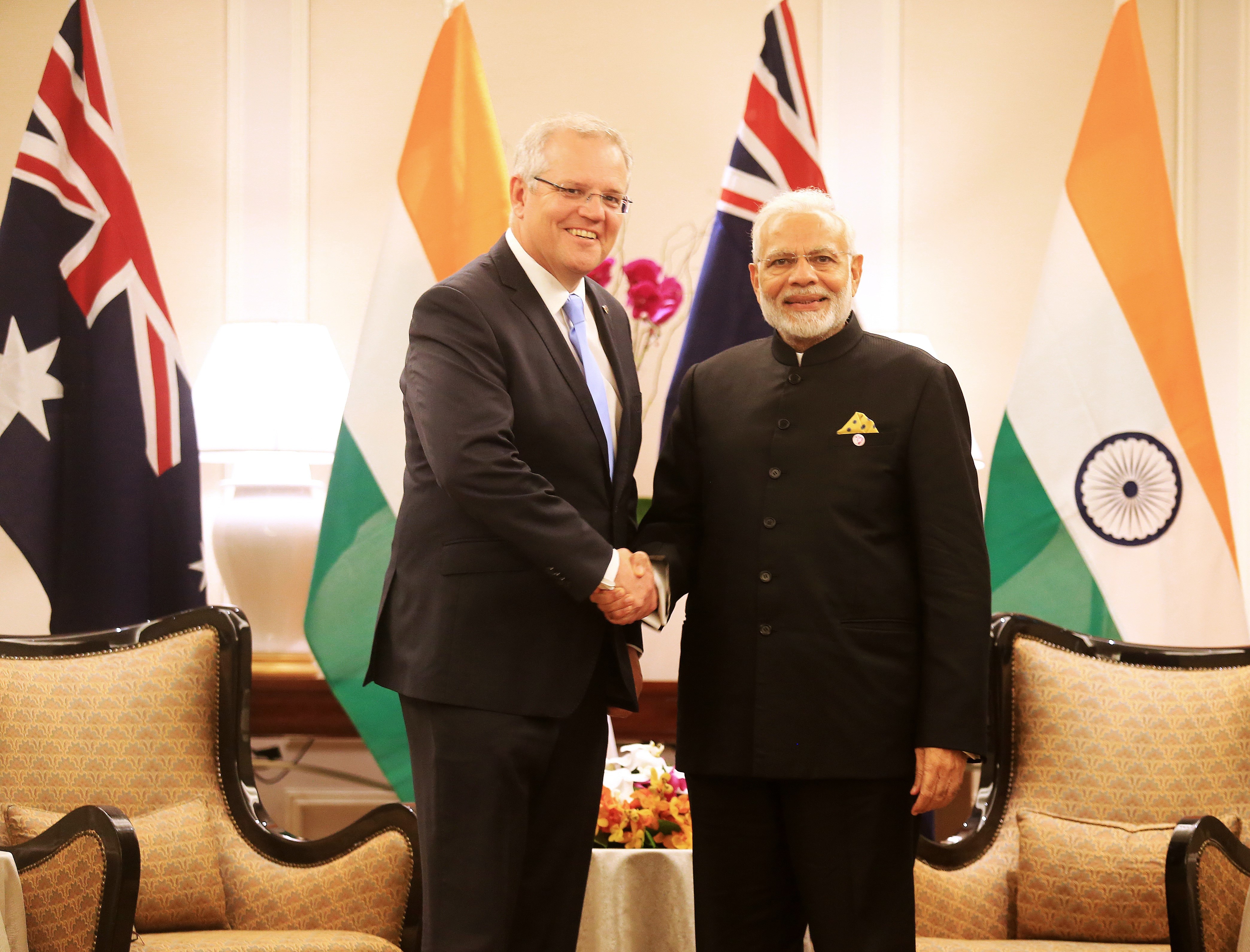 But the summit is expected to focus not just on trade, but on ‘the Quad’; a growing defence and security alliance between Australia, India, the US and Japan.

In an interview with SBS News, Trade Minister Simon Birmingham said Australia’s strategic relationship with India is about much more than solving Canberra’s China woes.

“India’s but one country where we would look for some opportunities for Australian barley. But the meeting between Prime Minister Morrison and Prime Minister Modi will be framed around much bigger issues, around the strategic relationship between Australia and India,” he said.

“We are two countries who understandably come with common perspectives to see a peaceful and prosperous Indo-Pacific region.”

“On an economic level, India is already our eight largest trading partner but has enormous potential for future growth. We are determined to work cooperatively with India on the opportunities that exist to grow our bilateral relationship”.

Currently, more than forty per cent of Australia’s total export products are supplied to either China or Japan.

In 2018, the Department of Foreign Affairs and Trade launched its India Economic Strategy, a plan to make India one of Australia’s top three export markets, the third largest destination in Asia for Australian outward investment and to grow strategic and defence ties “as close as any in Asia”.

It’s an ambitious plan, which some India-watchers say is long overdue.

“The key for Australia is to diversify its trade partners with emerging economies across Asia. It’s not an option to replace one partner with another or to decouple with a major economic partner like China,” Perth USAsia Hugo Seymour says.

“In the last decade, India has doubled in size, and our national trading relationship with India has not grown in the same size and dynamism of their economy.” Simon Birmingham on a trade mission to India earlier this year.
source: https://twitter.com/Birmo

The India Economic Strategy prioritises 10 areas where Australia has a competitive advantage in India. Education is considered a top priority, while agribusiness, resources and tourism sit on the second tier. Energy, health, financial services, infrastructure, sport, science and innovation round out the top ten.

“Earlier this year, I lead a delegation of 100 Australian business leaders to India right across the range of agriculture, education, resources,” Mr Birmingham said.

“We need to make sure Australian businesses are India literate … people to people ties are such a crucial part of how effective economic, diplomatic, security and cultural relationships are enhanced.”

India is expected to overtake China as the world’s most populous country by 2035, and by that time, it is expected that one in 25 Australians will be of Indian ancestry, soon to become the largest diaspora in Australia.

“I am very confident that with an increasing Indian diaspora in Australia, and with increasing flows of people between our countries … we will see ever deeper trade and security, government to government, business to business ties, driven in an even more successful way in the future because we have a much richer understanding of each other,” Mr Birmingham said.